One of my photography students owns a small maple sugar camp in rural southeastern New Brunswick, and he invited me out to see his operation. Dennis' family has been making maple syrup and other maple products for several decades on land in and around his family's former farm. I happened to be looking for a new personal project, something that could occupy my time between the end of university sports and the start of lobster season (see Aboard the Irish Lass). A new self-assignment documenting his maple syrup operations sounded interesting. It also fits in with the same "traditional occupations" theme as the lobster fishing.

I first visited Dennis' camp on the 21st of March 2014, when he began tapping the trees. I returned a few times that season to document various aspects of the work, from gathering the sap to boiling it to make syrup. 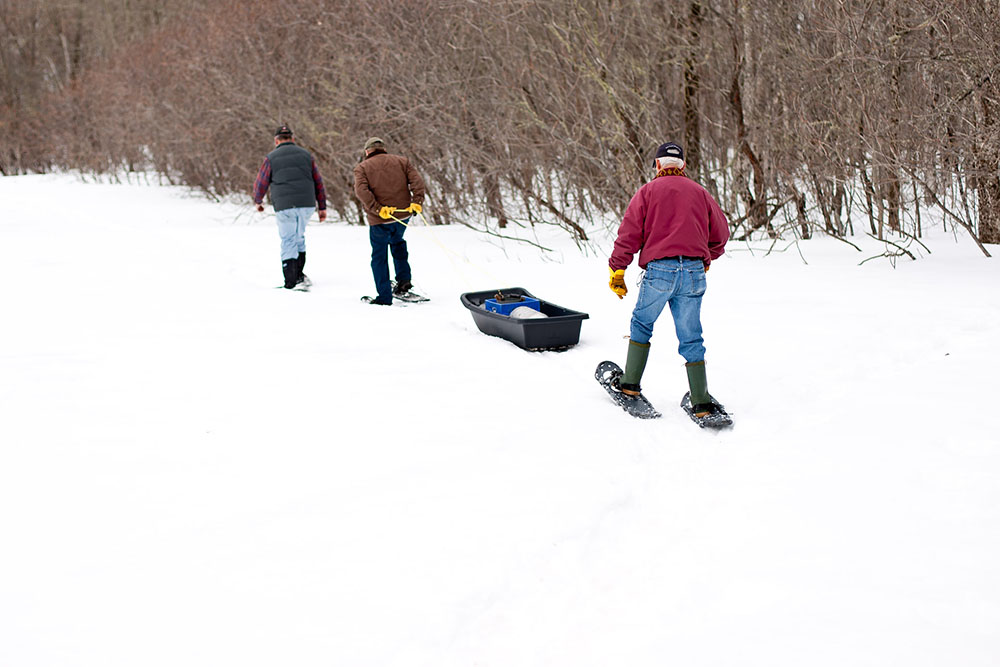 Heading to the sugar bush, supplies in tow. 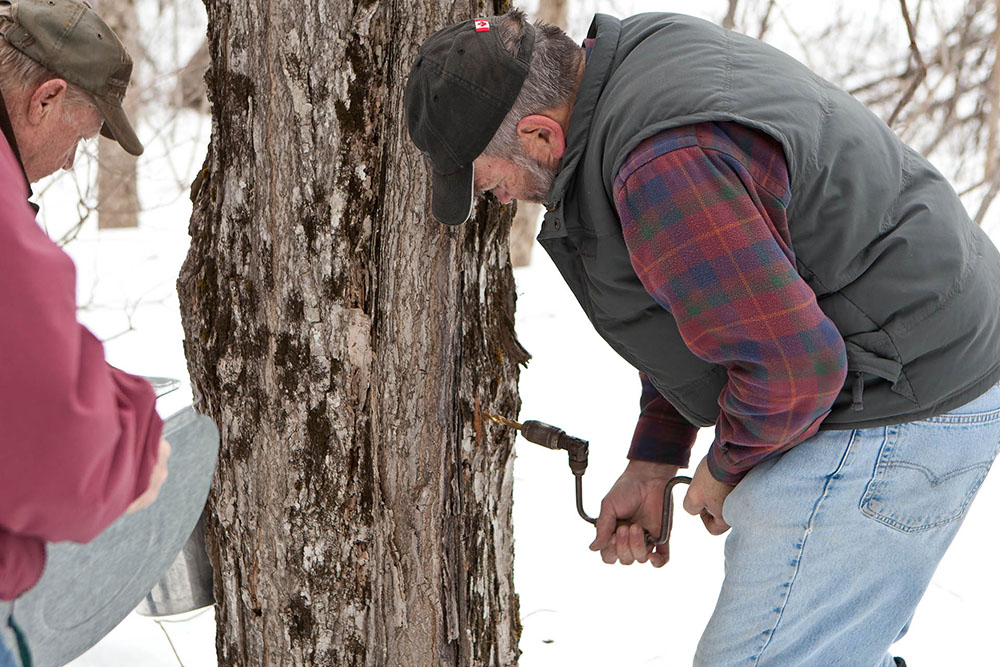 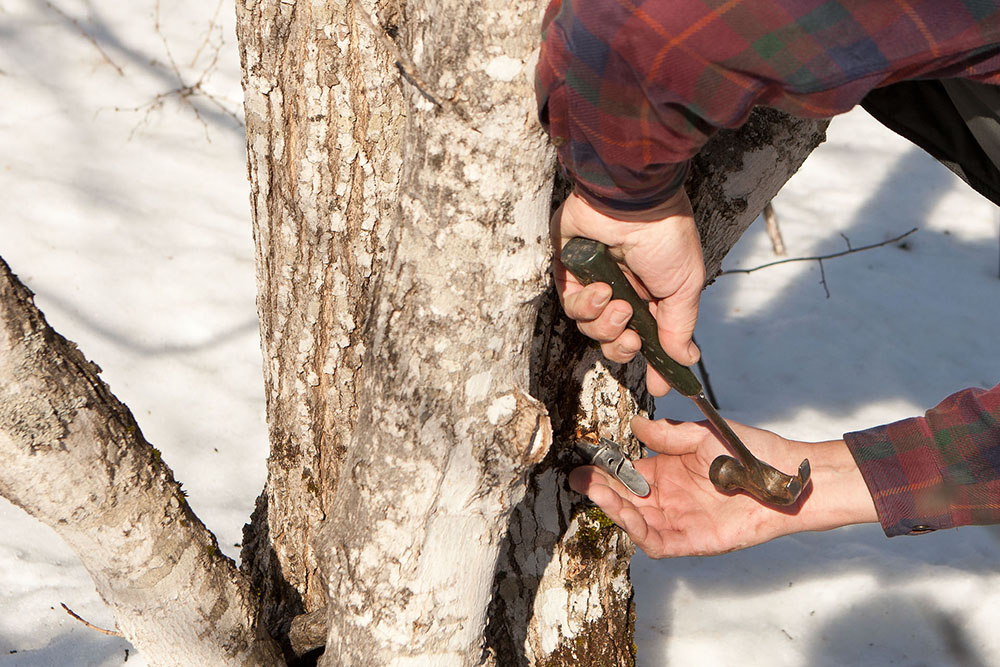 The spile directs the sap into the can hanging below it. 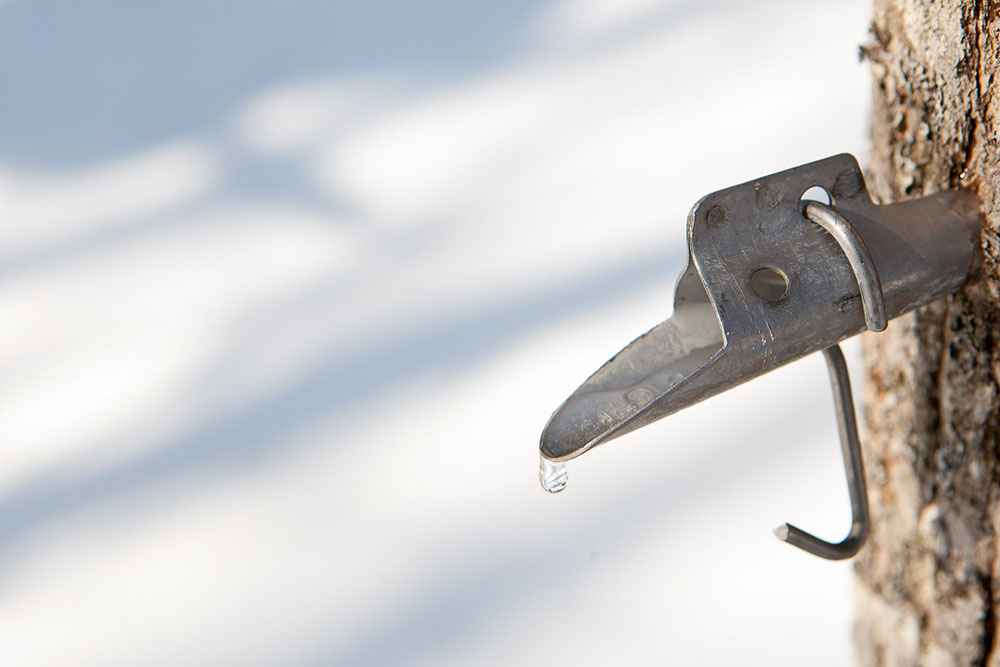 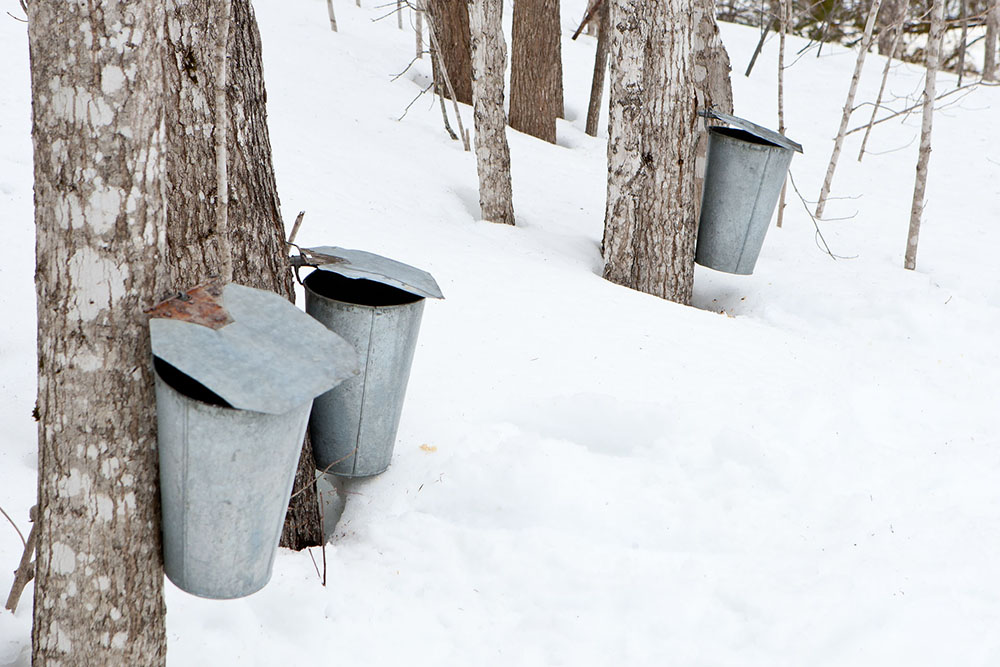 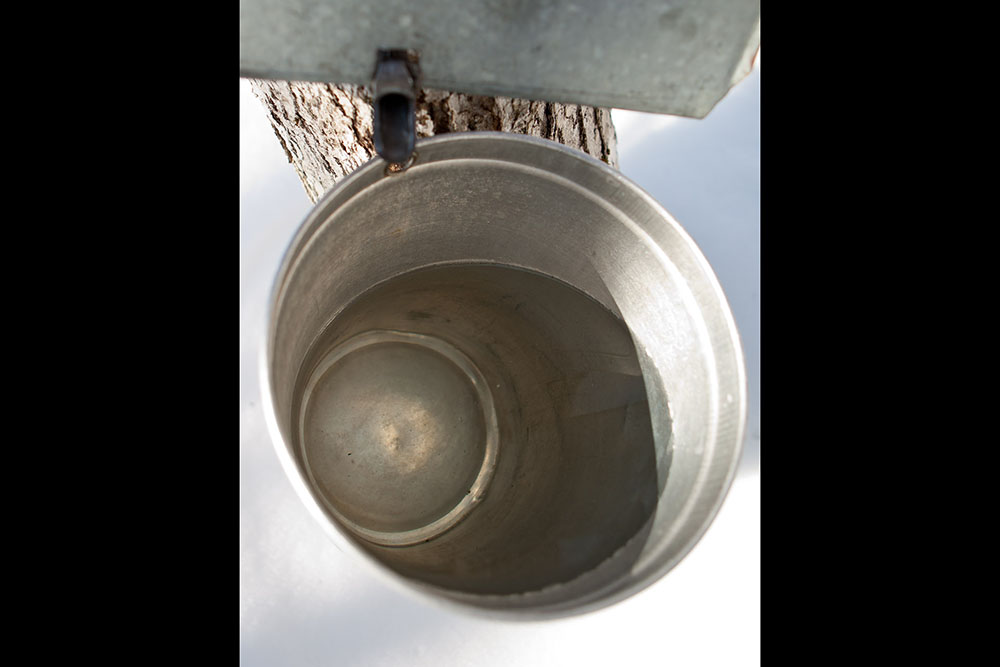 A can, three-quarters full with fresh sap. 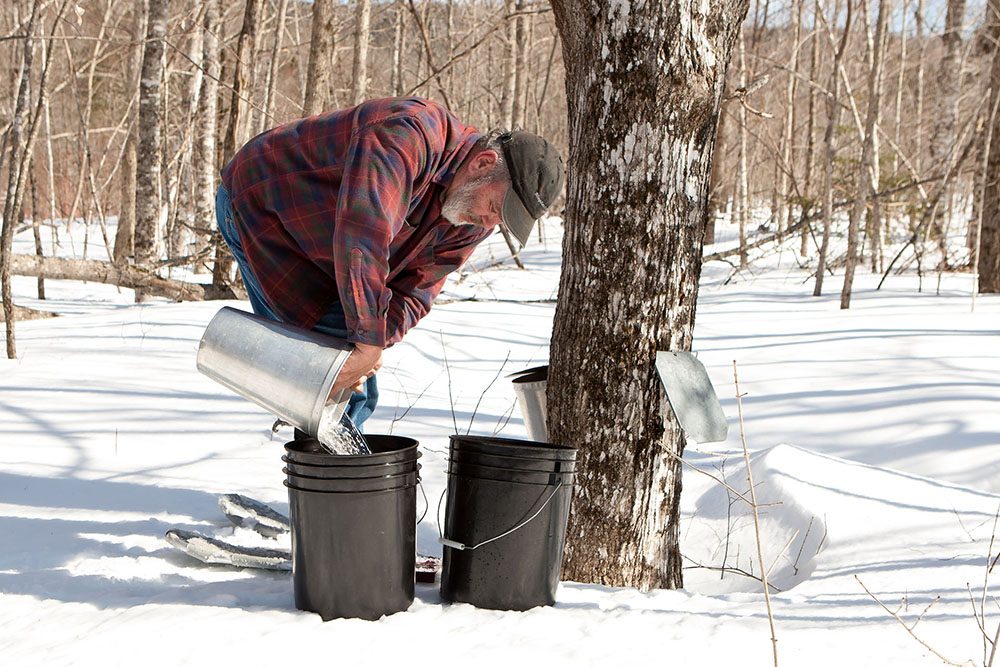 After a day or so, full cans are emptied into other containers for transport back to the camp. 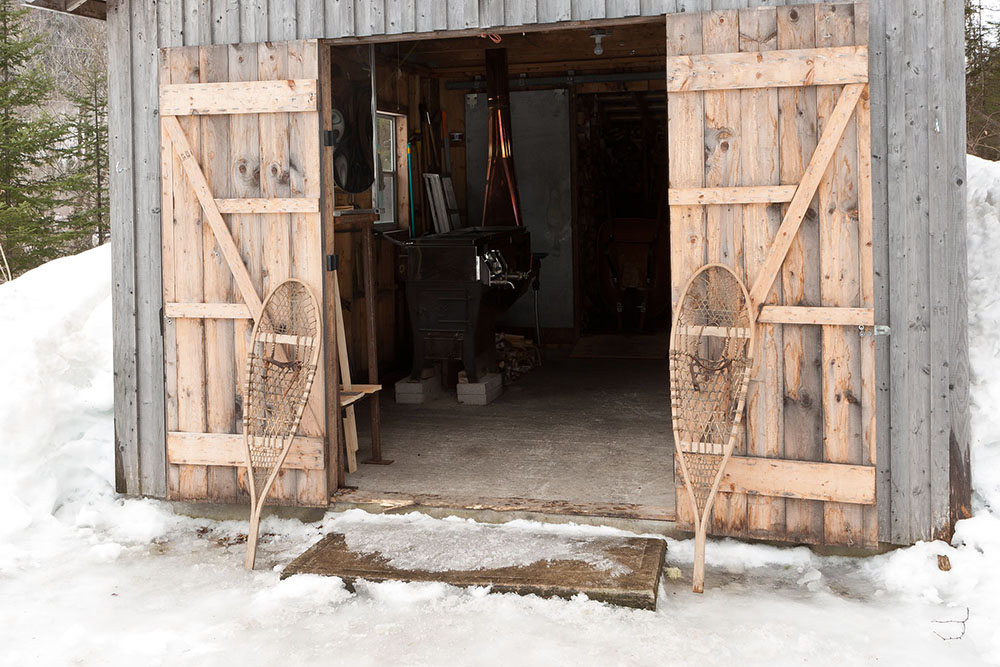 The sugar camp, with the evaporator inside. 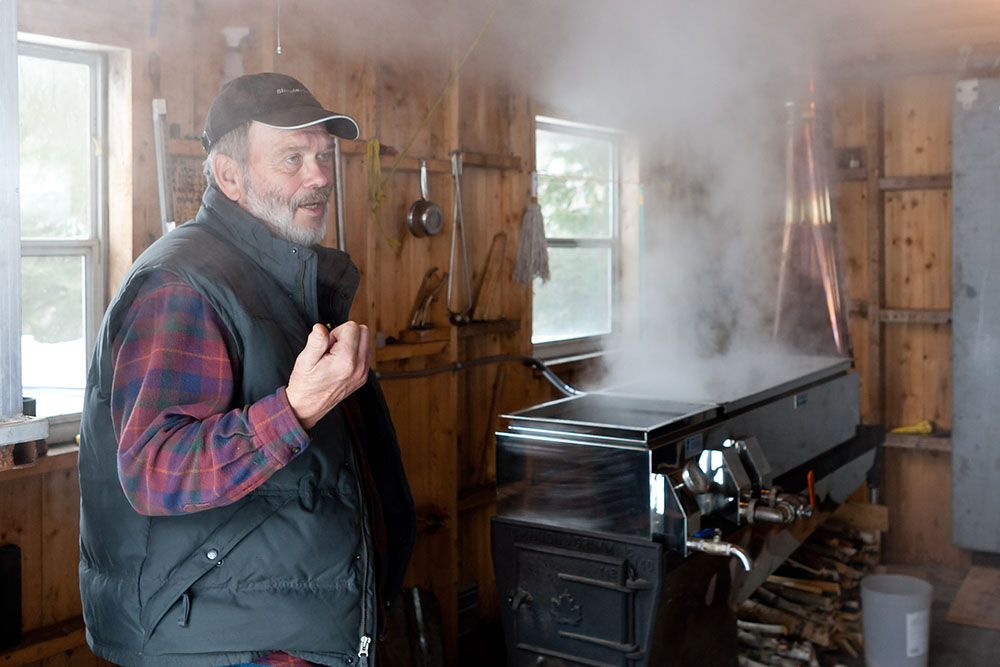 Dennis explains the operation while, behind him, the evaporator boils fresh sap into syrup. 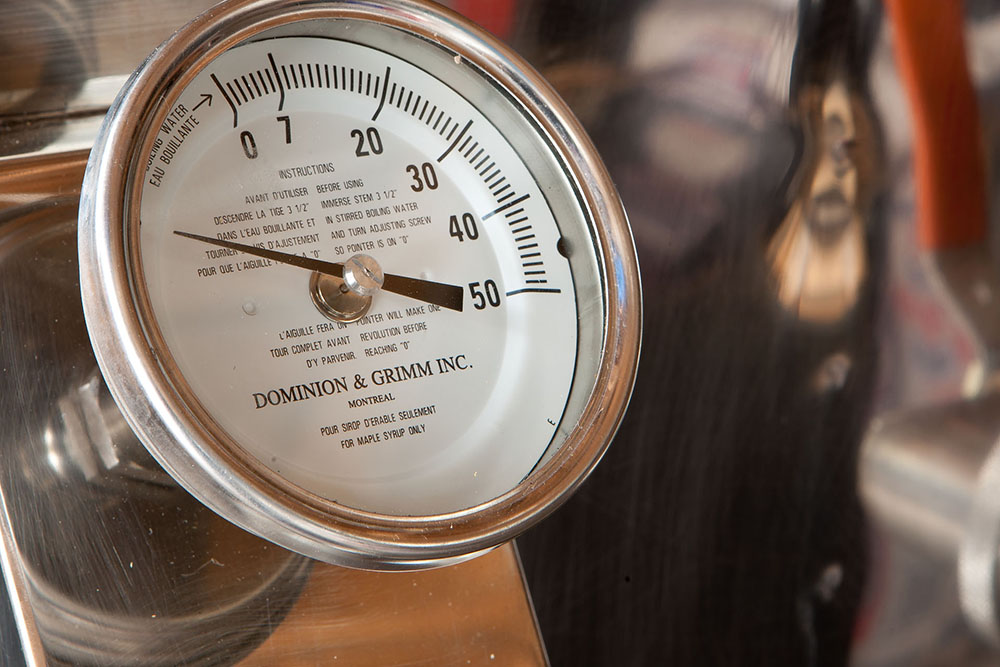 The evaporator's temperature gauge, because boiling temperature is critical to the process. 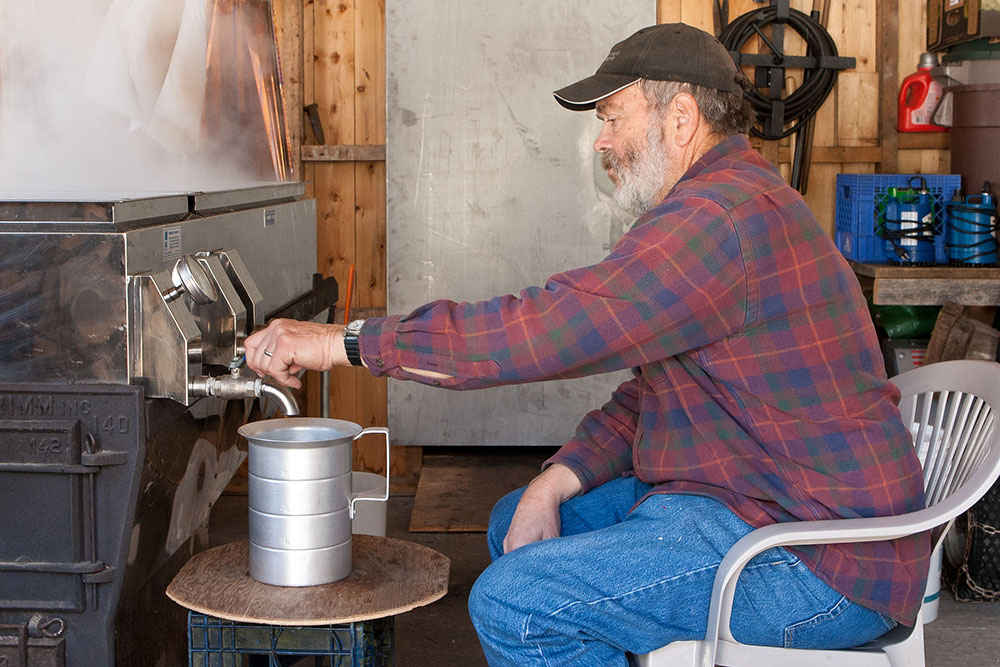 The maestro draws off some freshly boiled syrup from the evaporator. 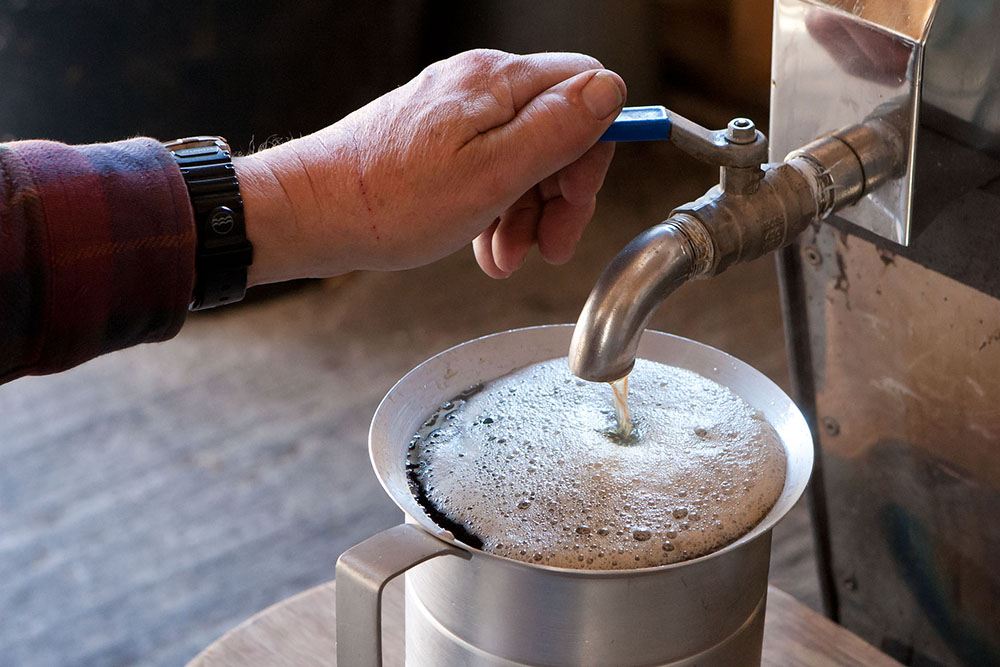 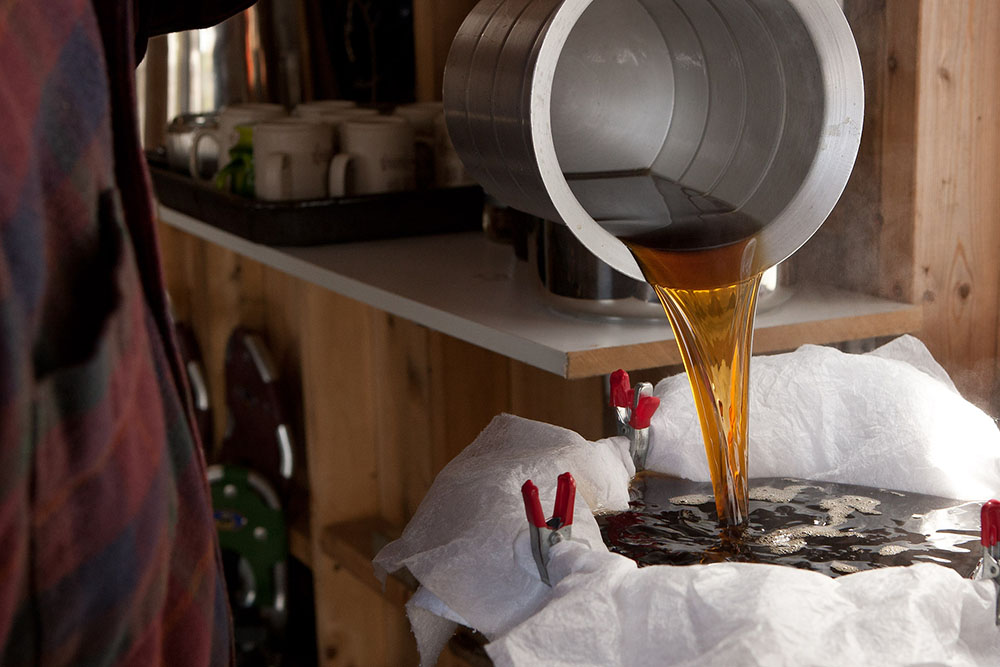 The new syrup is filtered before undergoing a secondary boil. 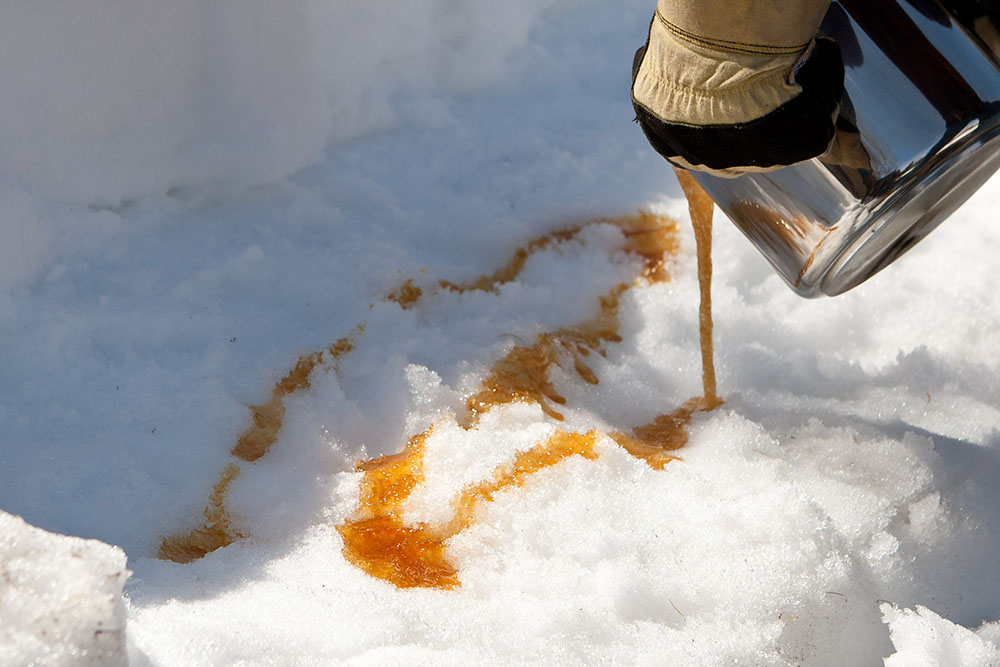 Making maple candy on the snow - another Canadian tradition. 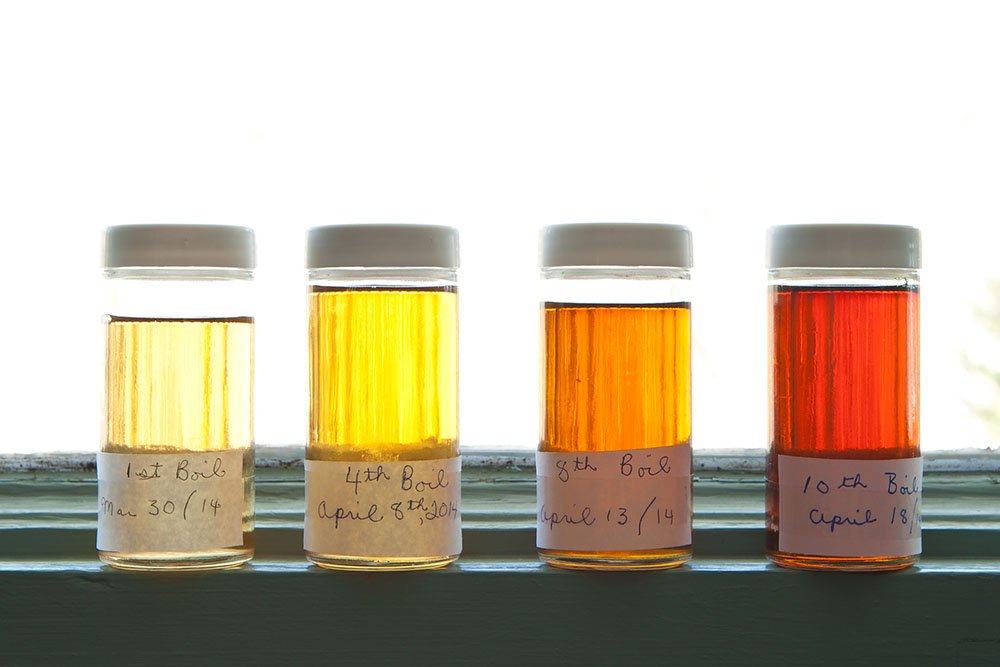 The sugar content and colour of the syrup changes as the season progresses. 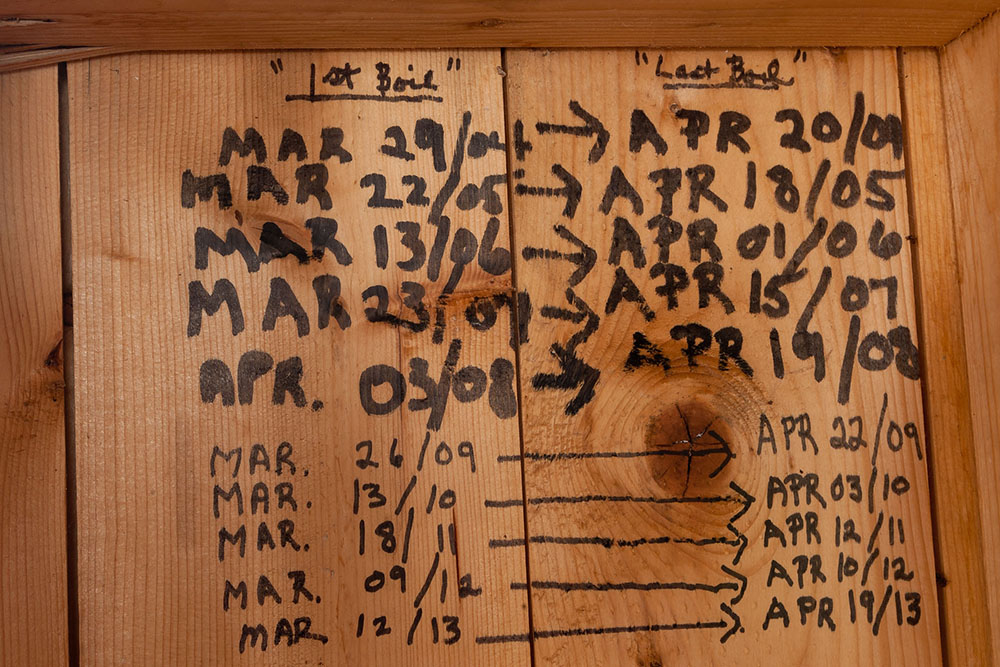 A record of seasons past. 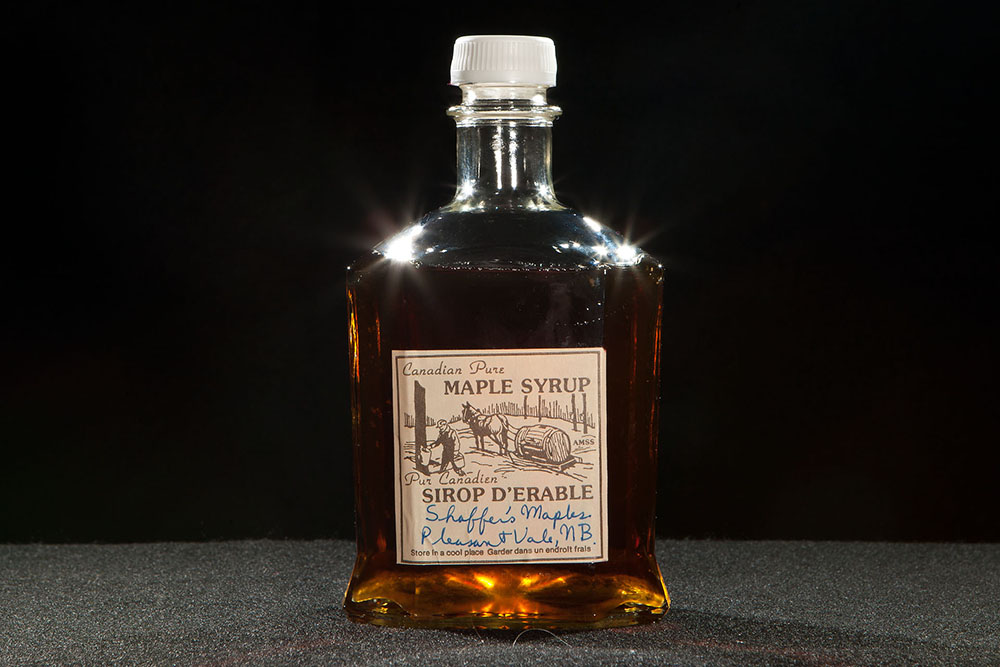 The finished product, ready and waiting for pancakes!y

I am a photographer and photography instructor based in Moncton, NB, Canada. I specialize in fine art landscapes.

Sign up to receive updates about new prints, exhibitions, courses, and workshops. Your email is secure, and you can unsubscribe at any time.